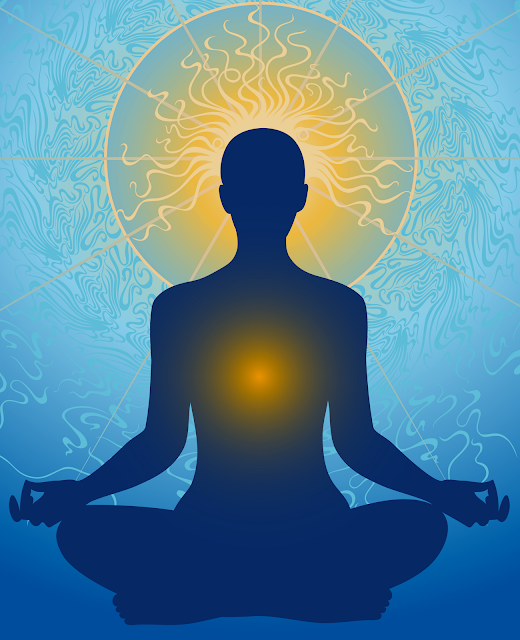 In Mahayana Buddhism, the sambhogakaya refers to the subtle body, or the astral body, which is made of brilliant, clear light. Vedanta calls this the sukshma sarira, correlating it with the “dreaming self” that supports the emotional-sexual, mental and higher mental capacities. Its corresponding state is one in which the mental capacity for discernment and the subtlest sense of an individual self arise. While the highest manifestations of this state certainly embody a deeply lived spiritual harmony, they do not represent ultimate enlightenment, as this would entail a dissolution of the self-identified witness.

In agreement with Vedanta’s labeling of the subtle body/state as the “dreaming self,” Mahayana Buddhist teachings have also claimed this state to be accessible through dreaming sleep. And dreaming sleep’s associated brainwave patterns are primarily in the Alpha and Theta (mostly Theta) ranges, featuring periodic spikes into high frequency Gamma activity. These patterns are often found in reports of blissful meditative absorption as well. In Vedanta, this state of ecstatic absorption is referred to as samadhi in general, and savikalpa samadhi in particular. Though the dreaming state and the blissful samadhic state co-emerge with similar bandwidths of brainwave activity, the former state is usually an unconscious process, while the latter is a conscious one. In addition, samadhic states feature higher than average levels of synchrony and coherence, which tend to be correlated with higher order cognitive processes.