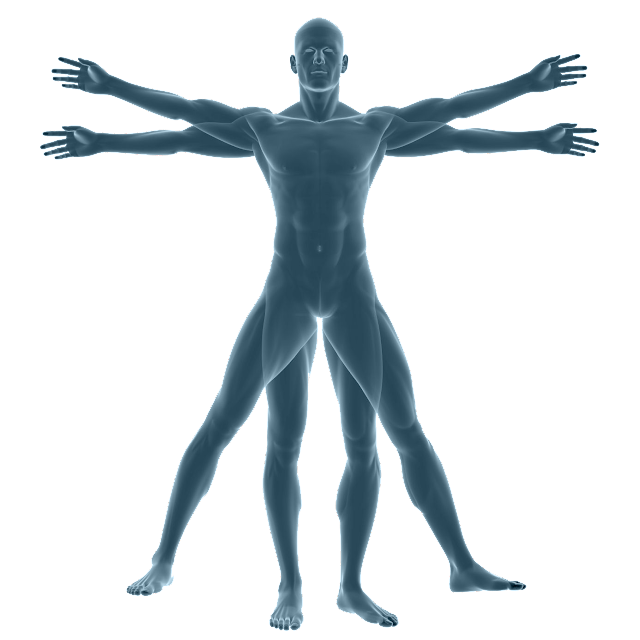 The densest body in Vedanta is the gross body—the sthula sarira, which supports the waking state of consciousness as well as the annamayakosha, the outermost of five sheaths which cover the deepest Self like a 5-layered lampshade. It is the physical body made up of the five elements: earth, water, fire, air and space. Its corresponding state of consciousness, when deeply identified with, binds us to an experience of ourselves in which we alternate dualistically between love and hate, us and them, life and death. Seven increasingly dense phenomena emerge when this state is strongly identified with, each giving rise to the next: 1) a mistaken understanding of reality that prevents realization of the Self; 2) the inability to discern reality from non-reality; 3) attachment to one’s “I,” or sense of self; 4) attachment to experiences which have previously given pleasure; 5) aversion toward experiences which have brought on pain and suffering in the past; 6) action (which includes thought) and its consequences (including the subtle mental imprints which result from such actions); and 7) the physical body.

In terms of brainwave activity, the sthula sarira, when exclusively identified with, would appear to be correlated with excessive Beta-band activity. Excessive Beta activity is associated with anxiety disorders and even alcoholism. Seen in this light, the alcoholic is substituting alcohol for conscious access to his true nature as Spirit because he is deeply identified with the gross state of consciousness and doesn’t know how to escape this identification.

Anna Wise speaks of a kind of “bridge” in brainwave activity that marks the rise of the egoic, chattering mind, the mind which is most identified with the gross body. For most people this bridge begins at the beta brainwave level, but it is possible that such a bridge could begin as low as the alpha or theta range for spiritual adepts who have spent many years meditating regularly.

The Mahayana Buddhist tradition has named this body the nirmanakaya, the physical body made manifest to teach the dharma and help all beings to enlighten. This emphasis of the gross body/state highlights the way in which an enlightened being inhabits the body, transcending and including it rather than identifying with it as the locus of the self. In this manifestation of the physical body and the waking state, a radiance of pure light and depth of spirit are allowed to emerge, while a consciousness of the gross world is fully stabilized. This might arise neurologically as a dynamic balance between the major brainwave patterns (Beta, Alpha, Theta and Delta), similar but not identical to C. Maxwell Cade’s Awakened Mind pattern, and phenomenologically as an unwavering, attachment/aversion-free, bliss-filled witnessing of the conditioned mind.