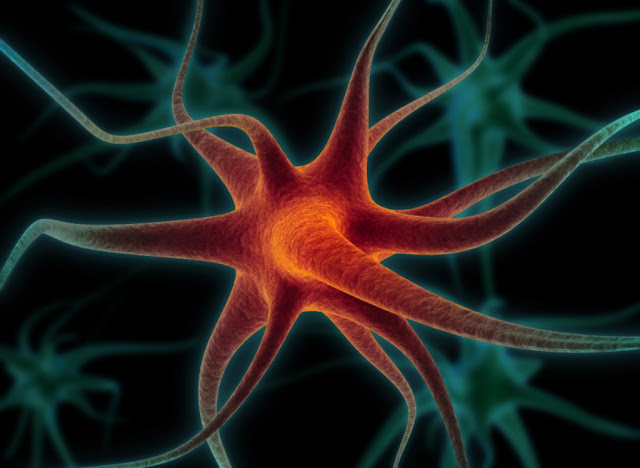 Danish scientists challenge the accepted scientific views of how nerves function and of how anesthetics work. Their research suggests that action of nerves is based on sound pulses and that anesthetics inhibit their transmission.

Every medical and biological textbook says that nerves function by sending electrical impulses along their length. “But for us as physicists, this cannot be the explanation. The physical laws of thermodynamics tell us that electrical impulses must produce heat as they travel along the nerve, but experiments find that no such heat is produced,” says associate professor Thomas Heimburg from the Niels Bohr Institute at Copenhagen University. He received his Ph.D. from the Max Planck Institute in Göttingen, Germany, where biologists and physicists often work together — at most institutions these disciplines are worlds apart. Thomas Heimburg is an expert in biophysics, and when he came to Copenhagen, he met professor Andrew D. Jackson, who is an expert in theoretical physics. They decided to work together in order to study the basic mechanisms which govern the way nerves work.

Nerves are ‘wrapped’ in a membrane composed of lipids and proteins. According to the traditional explanation of molecular biology, a pulse is sent from one end of the nerve to the other with the help of electrically charged salts that pass through ion channels in the membrane. It has taken many years to understand this complicated process, and a number of the scientists involved in the task have been awarded the Nobel Prize for their efforts. But — according to the physicists — the fact that the nerve pulse does not produce heat contradicts the molecular biological theory of an electrical impulse produced by chemical processes. Instead, nerve pulses can be explained much more simply as a mechanical pulse according to the two physicists. And such a pulse could be sound. Normally, sound propagates as a wave that spreads out and becomes weaker and weaker. If, however, the medium in which the sound propagates has the right properties, it is possible to create localized sound pulses, known as “solitons”, which propagate without spreading and without changing their shape or losing their strength.

The membrane of the nerve is composed of lipids, a material that is similar to olive oil. This material can change its state from liquid to solid with temperature. The freezing point of water can be lowered by the addition of salt. Likewise, molecules that dissolve in membranes can lower the freezing point of membranes. The scientists found that the nerve membrane has a freezing point, which is precisely suited to the propagation of these concentrated sound pulses. Their theoretical calculations lead them to the same conclusion: Nerve pulses are sound pulses.

How can one anesthetize a nerve so that feel ceases and it is possible to operate on a patient without pain? It has been known for more than 100 years that substances like ether, laughing gas, chloroform, procaine and the noble gas xenon can serve as anesthetics. The molecules of these substances have very different sizes and chemical properties, but experience shows that their doses are strictly determined by their solubility in olive oil. Current expertise is so advanced that it is possible to calculate precisely how much of a given material is required for the patient. In spite of this, no one knows precisely how anesthetics work. How are the nerves “turned off”? Starting from their theory that nerve signals are sound pulses, Thomas Heimburg and Andrew D. Jackson turned their attention to anesthesia. The chemical properties of anesthetics are all so different, but their effects are all the same – curious!

But the curious turned out to be simple. If a nerve is to be able to transport sound pulses and send signals along the nerve, its membrane must have the property that its melting point is sufficiently close to body temperature and responds appropriately to changes in pressure. The effect of anesthetics is simply to change the melting point — and when the melting point has been changed, sound pulses cannot propagate. The nerve is put on stand-by, and neither nerve pulses nor sensations are transmitted. The patient is anesthetized and feels nothing.

Posted in Brainwave Entrainment, Science of Meditation
← The Object of Your Attention Becomes Your MeditationSpiritual Growth Through Bi-Directional Causality →